EPIDEMIOLOGY STUDY OF NPC PATIENTS IN BANGLI HOSPITAL AT 2015-2017

To determine the distribution of patients with nasopharyngeal cancer (NPC) in department of ENT Bangli hospital, the period during January 2015-December 2017. 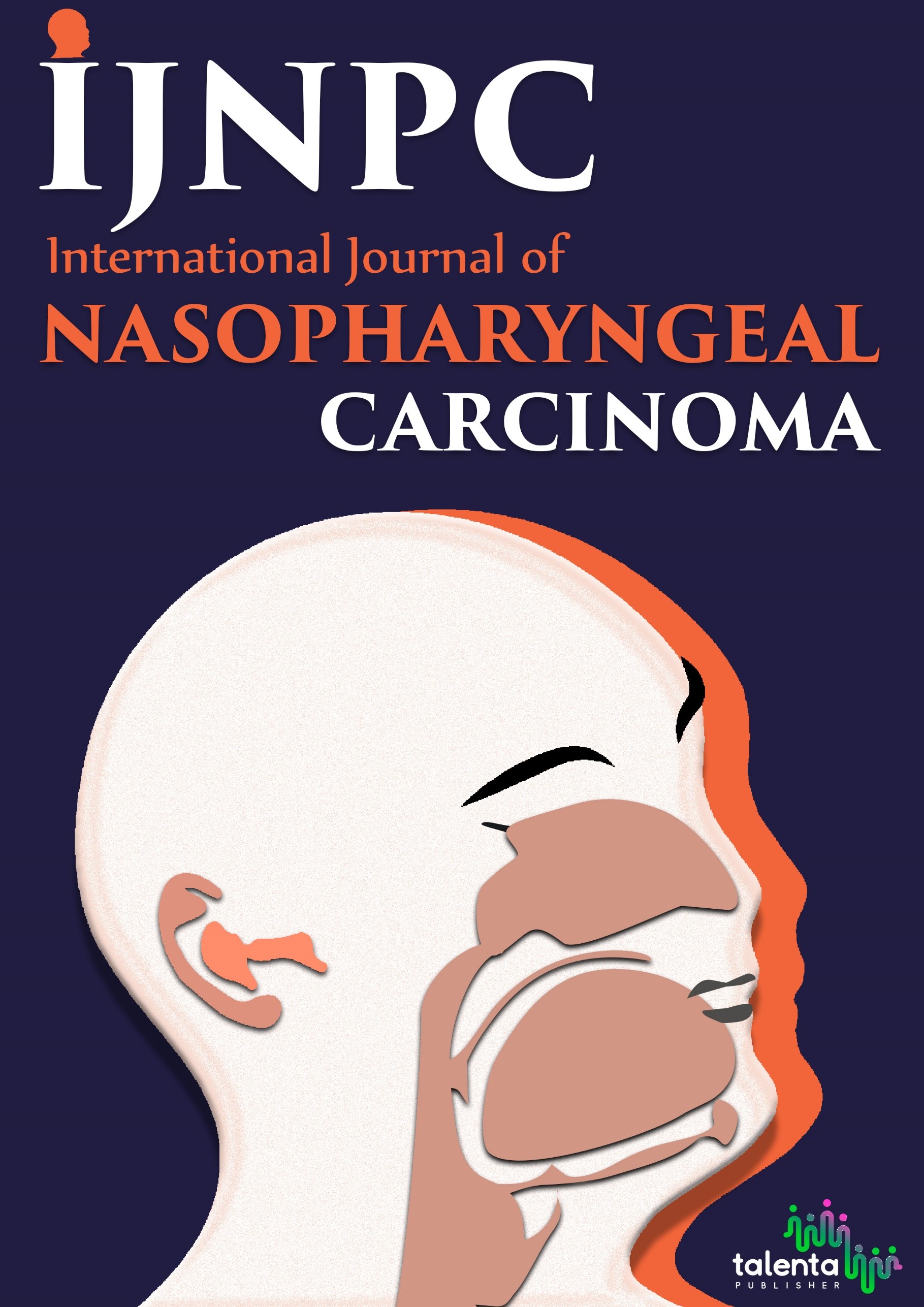 The Authors submitting a manuscript do so on the understanding that if accepted for publication, copyright of the article shall be assigned to The International Journal of Nasopharyngeal Carcinoma (IJNPC) as well as TALENTA Publisher Universitas Sumatera Utara as publisher of the journal.

Copyright encompasses exclusive rights to reproduce and deliver the article in all form and media. The reproduction of any part of this journal, its storage in databases and its transmission by any form or media, will be allowed only with a written permission from The International Journal of Nasopharyngeal Carcinoma (IJNPC).

Hospital of the Universitas Sumatera Utara