The Mechanism of Language Death: A Reflection of Malay Language in Tanjung Balai

This study deals with the phenomenon while language can be lost slowly if it can't be defended. This happens along with the rapid development of the era towards modernization which is feared that in the future, the Tanjung Balai Malay language, which is owned and proudly has been threatened with extinction over time, but what needs to be realized is that it does not mean to displace the position of Indonesian which has been agreed as the national language. This research took place in Tanjung Balai when in Tanjung Balai Malay language is used as the habitual language.  This study was conducted using descriptive with qualitative method purposed to find out the words as dysfunction verb in Tanjung Balai Language. Qualitative research was related to assisting in describing the common elements of the various forms of qualitative methods. Thirty dysfunctional Malay verbs were collected and analyzed as the data findings. 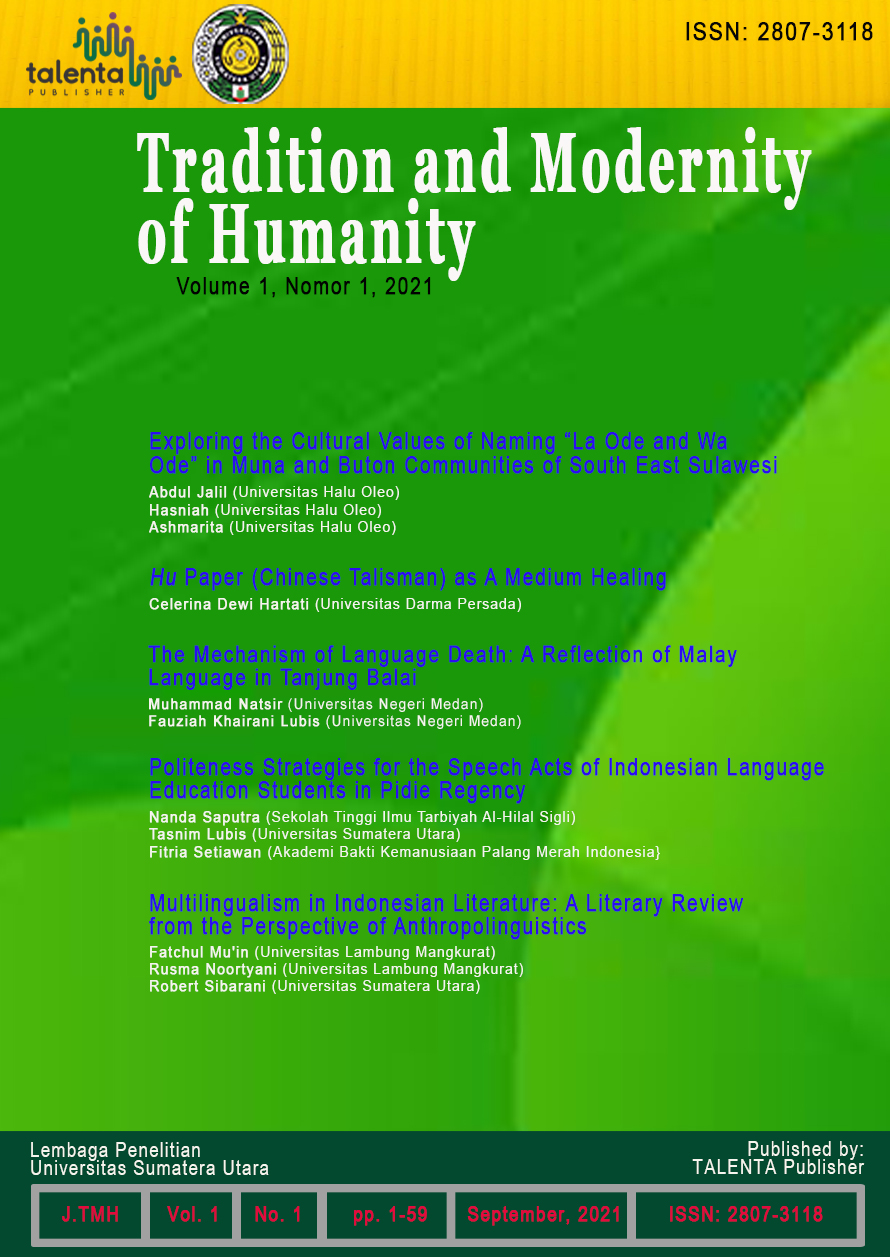