Case Report: A 12-year-old female presented to our emergency department with injury to his right eye. History revealed that she was practicing marching band in her school as the leader. As she thrown the iron stick, she lost balance and that iron stick entered into her right supraorbital. Her Glasgow Coma Scale (GCS) score, on admission, was 15. There was circumferential laceration on the right supraorbital, flat margins, visible iron stick penetration with diameter 3 cm but no active bleeding was found. Rest of the physical and neurological examination findings were within normal limits. He was resuscitated promptly according to the advanced trauma life support system.

Discussion: Intravenous fluids are given and efforts are taken to maintain high blood oxygen levels.Management of patients with transorbital brain injuries and foreign bodies in situ should follow basic surgical principles, including removal of the object under direct vision in order to reduce further brain tissue damage by the foreign bodies catching on bone fragments. Following removal of the foreign body, thorough debridement with removal of all involved skull bone and foreign materials, hematoma evacuation followed by careful hemostasis along the trajectory, and meticulous dural closure to reduce the possibility of CSF fistula are mandatory.  A transorbital or transcranial approach can be chosen depending on the location of the fragment.

Conclusion: In conclusion, supraorbital penetrating brain injury caused by an iron stick is a rare but fatal event. High index of suspicion toward the presence of foreign bodies and emergent surgical intervention is to be considered in spite of consistent lack of evidence on CT scan. Retrieval should be performed on the operating table under direct vision only after preoperative imaging of neurovascular structures. 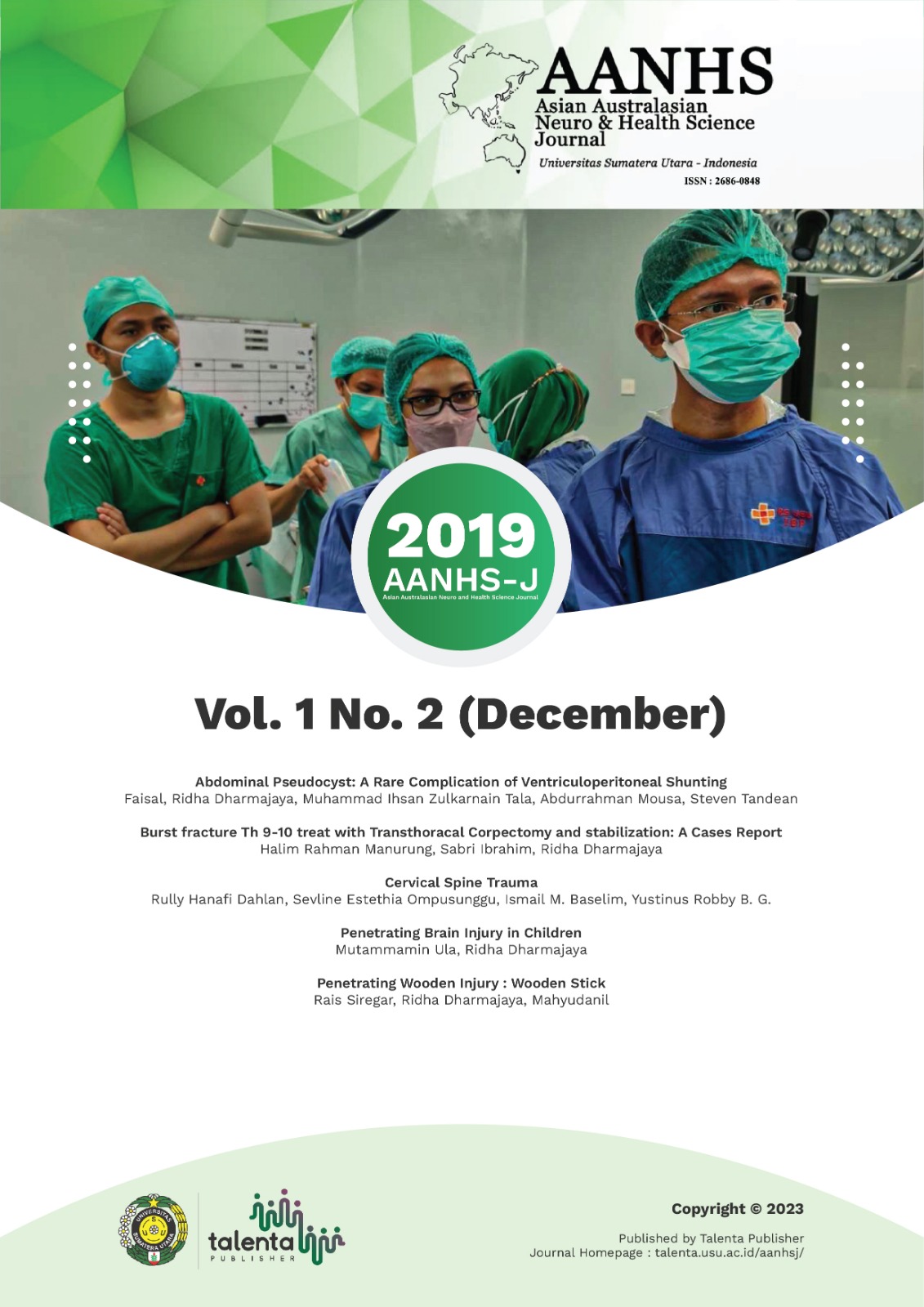 The Authors submitting a manuscript do so on the understanding that if accepted for publication, copyright of the article shall be assigned to Asian Australasian Neuro and Health Science Journal (AANHSJ) and Faculty of Medicine as well as TALENTA Publisher Universitas Sumatera Utara as publisher of the journal.

Copyright encompasses exclusive rights to reproduce and deliver the article in all form and media. The reproduction of any part of this journal, its storage in databases and its transmission by any form or media, will be allowed only with a written permission from Asian Australasian Neuro and Health Science Journal (AANHSJ).