K-Pop shows its existence in the entertainment world. The development is increasingly fast, giving rise to new phenomena that are no less interesting among fans. This research focuses on the imitation done by fanboys and how the masculinity construction is formed based on the imitation results of fanboys. The research method used is a qualitative method with a descriptive approach. The results of the research obtained are the various forms of imitation performed by fanboys. Starting from the style of clothing that is considered to be updated, the personality of an idol who is warm and friendly to others, the attitude of an idol who is a role model for fanboys to follow, language, culture to the role of the idol's position in the group such as the role of a leader. This research also shows a shift in the value of traditional masculinity to modern masculinity, also known as soft masculinity, in which men care about their physical appearance, have flexible body movements in the field of dance, and have a gentle attitude towards others. Based on this, fanboys are included in the flower boys and pretty boys categories. 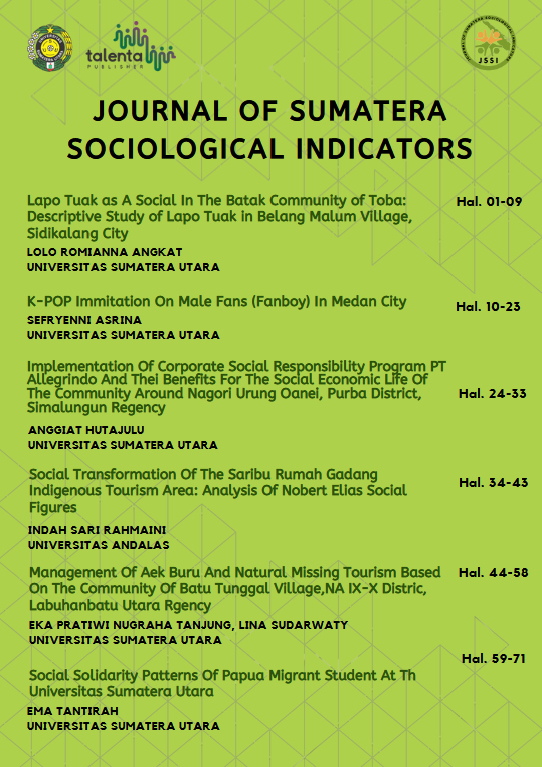 Editor's Office on the map